We're redirecting you to the next page.

Why We Need Design for the Circular Economy

Alice Casiraghi, from Future Urban Living, illustrates the role played by design in climate innovation, as it is needed for business transition towards the circular economic model.

Design was born to combine functional and aesthetic meaning for everyday objects after the massification of production that came with the industrial revolution, which disrupted the ways of interaction between people and goods. Rapidly, over the past 20 years, industrial objects became services and systems of touch points, digital interfaces, and even further, with digitalisation came the Internet of Things and machine learning systems. Our cities grew bigger, our networks of production and trading more articulate and our societies more multicultural.

A complex industrial network grew much faster than our human ability to adapt to it and understand its real opportunities without feeling overwhelmed, driven by markets and numbers.

From the Western economic boom, to globalisation and delocalisation of industries, to the growth of new markets in the East, all these changes led by industry came at a cost: greater distance between producers and consumers. Goods and services became widely available and affordable but as we accumulated them, the lack of purpose and connection with their increasingly diversified public became more evident.

Businesses, in time, noticed that they could not continue to thrive without a community to support them; that they were drifting apart from their consumers. Industry started to look for consultants to advise them on how to bridge the gap with their consumers and organically, the profession of product designer evolved with the demand.

This is when Service Design emerged as a new practice.

Service Design aims at rethinking our interaction model with product-systems

With Service Design the focus shifted from objects to services and systems, from the products of the business to their model of interaction with customers: how could companies better serve their communities? How might they center their operation models around their customers’ needs, rather than solely their product sales?

By focusing on the end consumer, products and services improve, customer retention improves, and business innovation and value outpaces the competition. What could be more important than customer satisfaction in a world where a single user’s opinion can go viral?

In the modern world of screens and interfaces, User Experience Design (UX) too evolved as the digital sibling of service design. A UX designer must understand how a digital product can enter the user’s life seamlessly through a delightful, non-disrupting experience based on practices that are familiar to the users and create added value for them. Fail at understanding the user, and meeting their true needs, and you’re just inviting disruption from the next startup.

Design had to adapt along the years to the changes and demands of business in order to maintain a connection between service providers, product manufacturers and developers, and the people that use them. Each industrial revolution demanded designers to evolve with the challenges faced by new market opportunity.

The work of a designer is essentially to connect, enable, resolve, strategise. The method we use today to investigate services and digital products is the same a product designer would have used 50 years earlier to design a spoon.

Today, as we are entering the doors of the radically disruptive 4th Industrial Revolution, we are also facing a major environmental challenge derived from the outcomes of previous Industrial Revolutions and the effects of globalization: climate change. What is the new opportunity emerging for designers in this herculean feat?

Up until today, linear economies based on the model of make-use-dispose have been driving innovation in our world, creating ‘externalities’ that seemed not to matter too much within a short-term context, but eventually accumulating to cause negative impact on our Earth, our oceans and the atmosphere. So much so, that we are entering a new accelerated geological era called the Anthropocene, ‘the Epoch of Humans’, the period during which human activity has been the dominant influence on climate and the environment. Environmental pollution has become the biggest threat to life on Earth.

The Linear Economy model is no longer viable if we want to inhabit our Earth for generations to come: once again we need design to focus on creating new value chains for our businesses to operate within new constraints.

A viable alternative would be the Circular Economy model, theorised at the end of the last century: a model where all waste generated at the end of a product or service lifecycle re-enters the production and consumption loop as regenerative resources. A system where the waste is “designed out” of business operations, and where businesses themselves are working together to preserve and restore our ecosystems.

The urgency to change was never so imminent as it is now: our coastlines, oceans, ice caps, glaciers, forests, harvests, and cities are at risk and will definitely go through immense changes within the next decade. Animals, plants and natural ecosystems are suffering, and as a consequence we will suffer famine, sickness, migration, extreme weather events that will have a huge impact on our cities and our population’s general wellbeing

Once again, the role of designers today needs to be agile enough for the changing landscapes of the market. Design can be used to address entire business models rather than individual products or services.

The design method, also popularised as Design Thinking, can be applied to economic structures to act on the production and distribution processes of globalisation to revert its negative effects on our environment; keeping businesses competitive and user-centered at the same time.

Users and consumers are ready for this change: according to 2018 Cone/Porter Novelli purpose study “78% of consumers say that it’s no longer acceptable for companies to just make money — they need to positively impact society as well”. For this reason corporations and governments too are starting to support this shift, which for a long time was neglected and denied for fear of shaking up the status quo.

Research has been extensively conducted and reported by NGOs, institutions and scientists. We know what needs to change. Now we need to make the changes. We need designers and creative thinkers to accept the challenge and apply their know-how to adapt our business structures to the Circular Economy.

And we need decision-makers in businesses and urban cities to respond to this challenge and rethink how value is created.

This is the reason why Future Urban Living project was born in the first place. At the intersection of business and design expertise, from the conversation between the corporate and creative world. We believe design can make our cities and businesses future-ready. 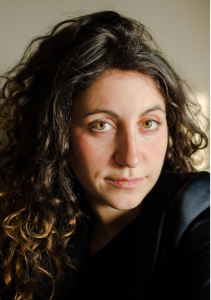 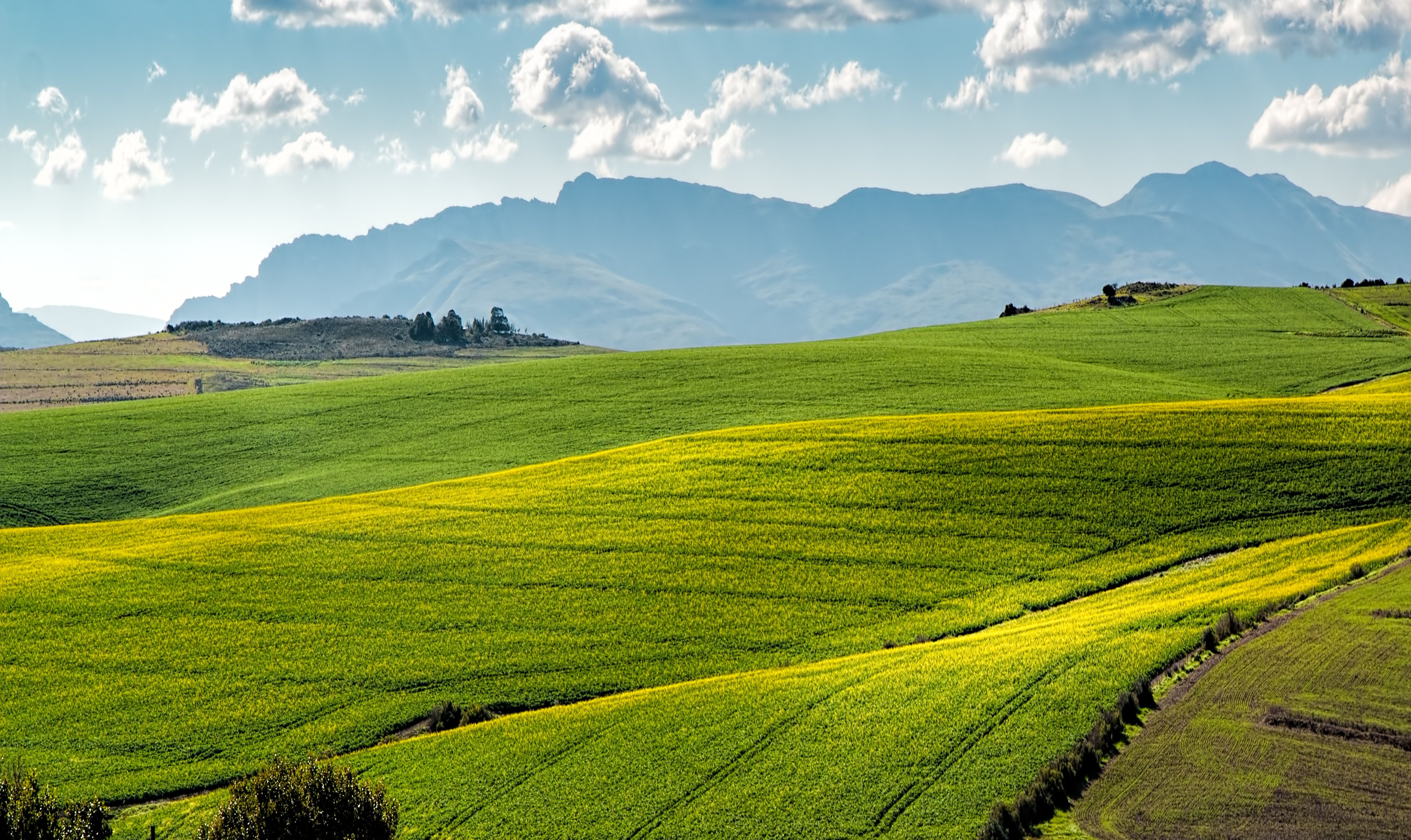 Regenerating biodiversity to solve the scarcity of natural resources

Piero Manzoni - Founder and CEO at Simbiosi - illustrates the role of technologies and innovative solutions in transforming the agri-food supply chain and restoring the environmental value of urban suburbs, in order to fight climate change and solve the scarcity of natural resources. By applying the concepts of Circular Economy, Gunter Pauli’s Blue Economy, and Nature-Based Solutions, Simbiosi developed its own Neorurale method, aimed at giving back to nature what it needs to regenerate itself, in order to restore the biodiversity of territories and optimize the use of natural resources. That's the mission of Simbiosi: to apply the know-how, the expertise, and the technologies to replicate what nature does itself; in order to create a real and circular symbiosis between people, economy, business, and environment. 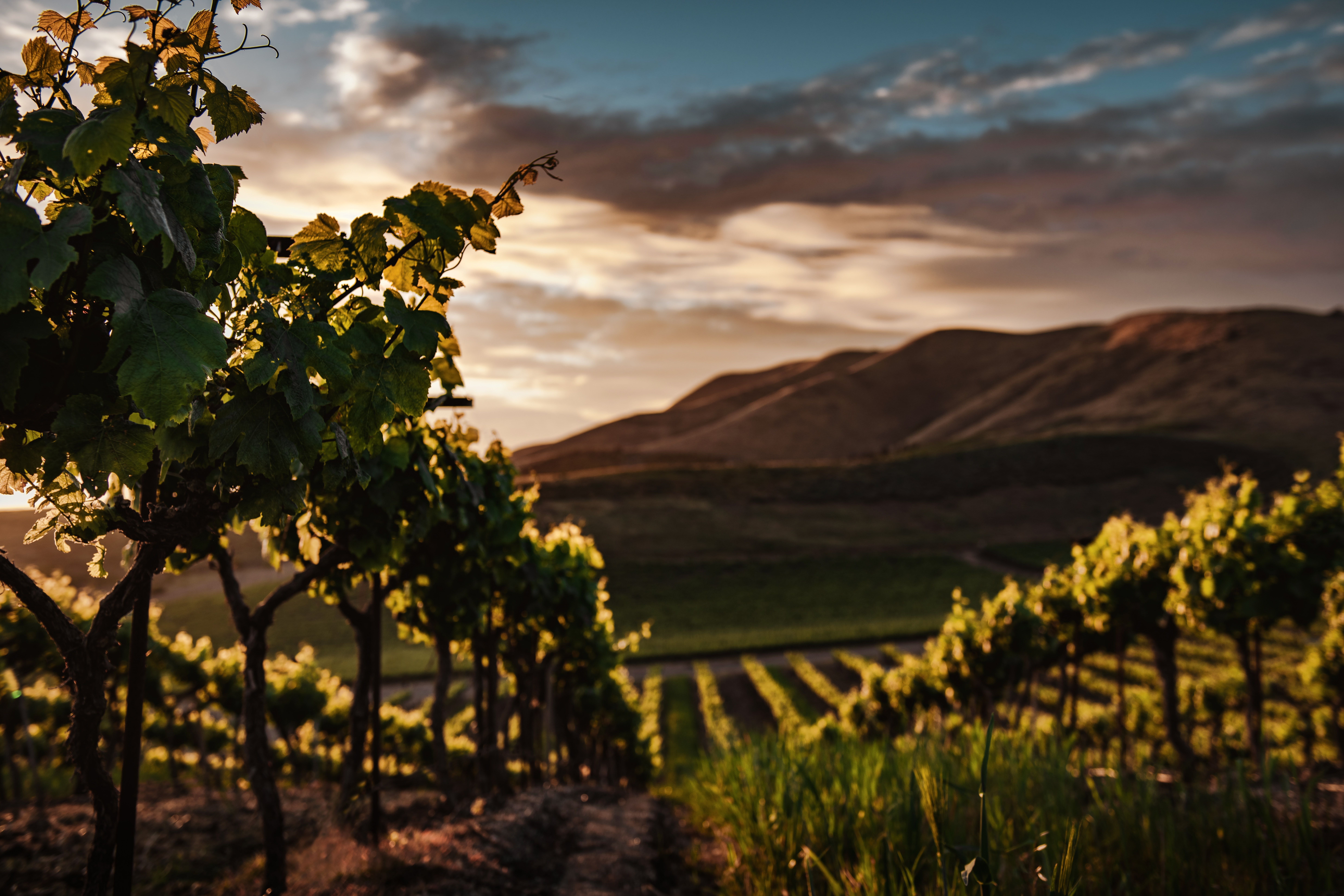 Sustainability reporting as a source of value: The case of Ferrari Trento

Collectibus supported Ferrari Trento - the Italian sparkling wine producer - to develop its first Sustainability Report. What are the corporate benefits of sustainability reporting? Why did such a consolidated market leader decide to disclose information about its commitment? 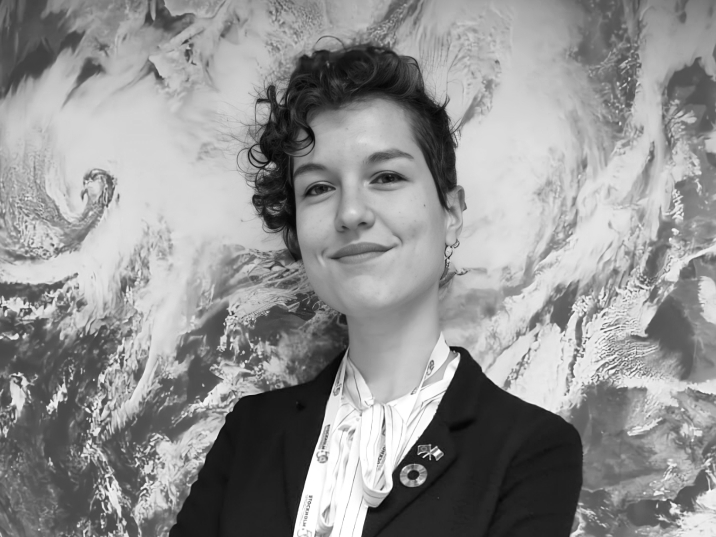 The role of companies and institutions in sustainability transition

Nadia Paleari, Brand Innovation Strategist and Global Partnerships & Events Project Officer at the UN SDSN, gave us an inside look at the Sustainable Development Solutions Network and talked about the possibilities for companies related to sustainable transition. 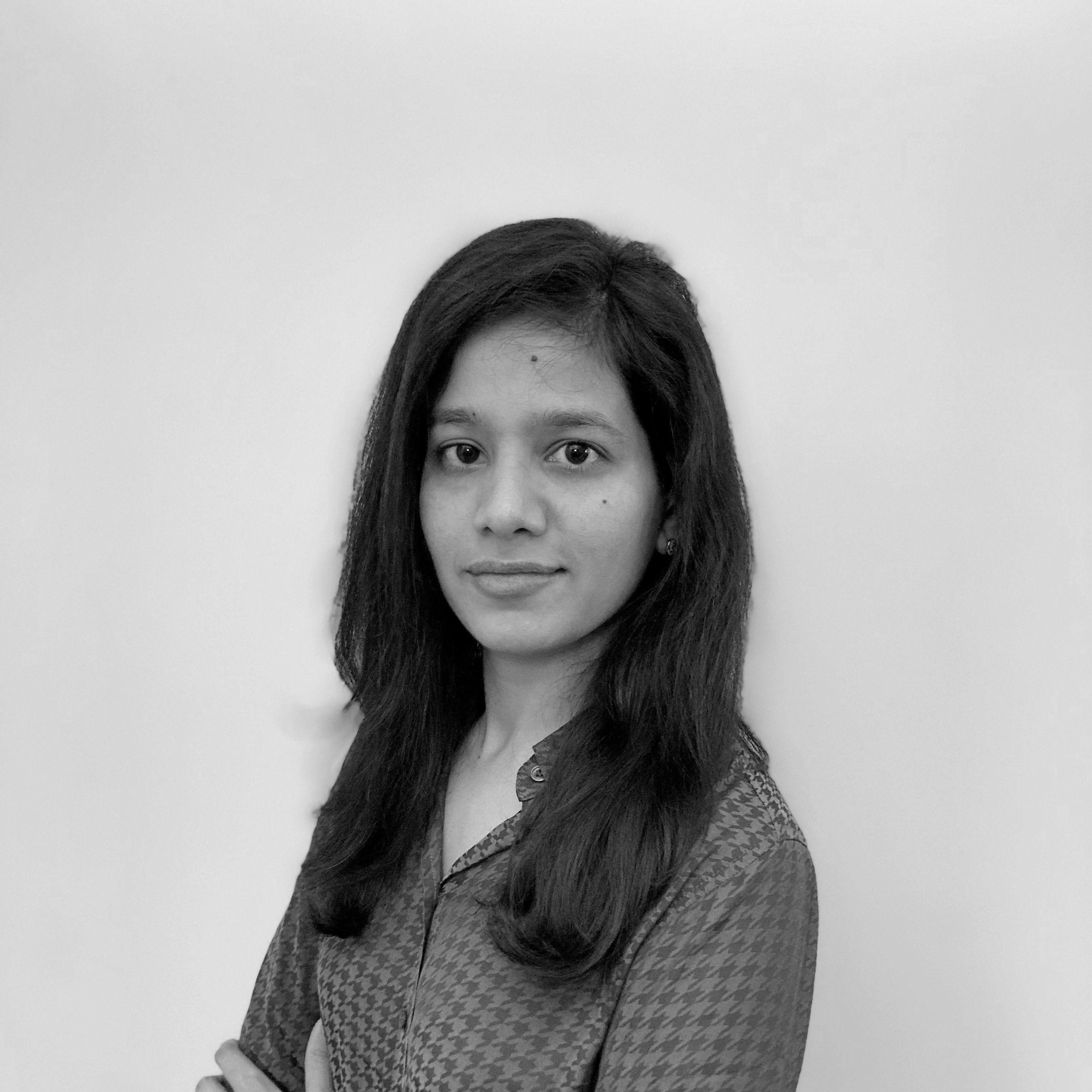 Jyotsna Budideti, CEO and Co-Founder of SpaceSense, explained how with their solution they want to eliminate the need for specialized skills that would otherwise be required with the use of satellite data. 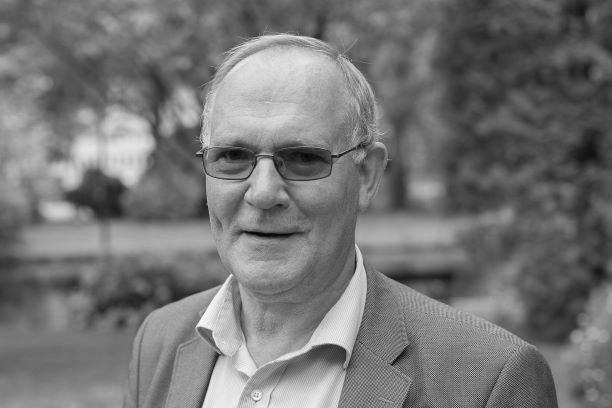 From organic waste to protein and omega-3s for aquaculture feeds

Ingmar Høgøy, founder and CEO of GreenTech Innovators, talked about how their solution leverages the circular economy model to extract value from waste substances. 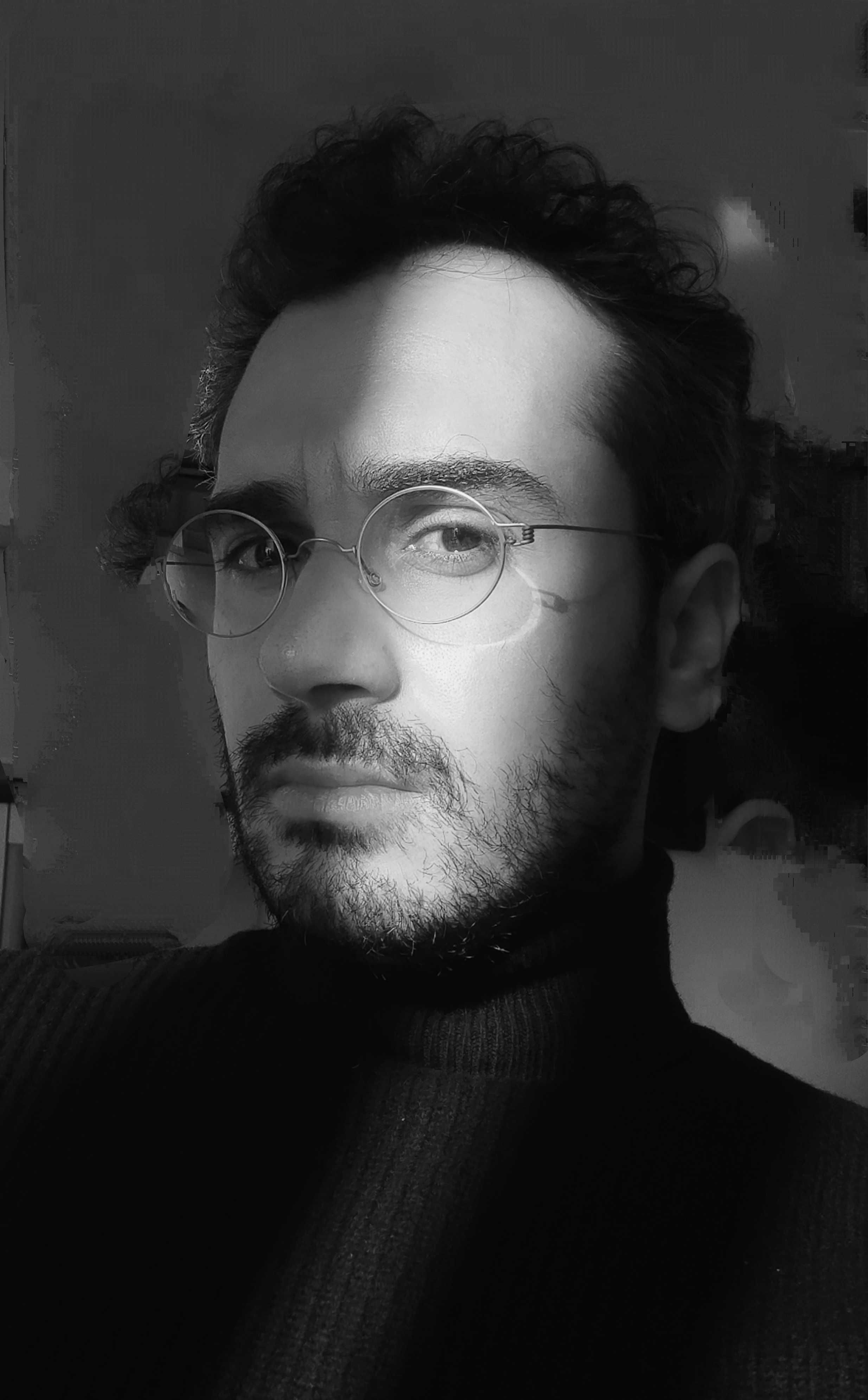 Tommaso Troiani, Co-Founder at Byewaste, showed us how easy it is to recycle unused items that citizens normally do not know where to throw away.